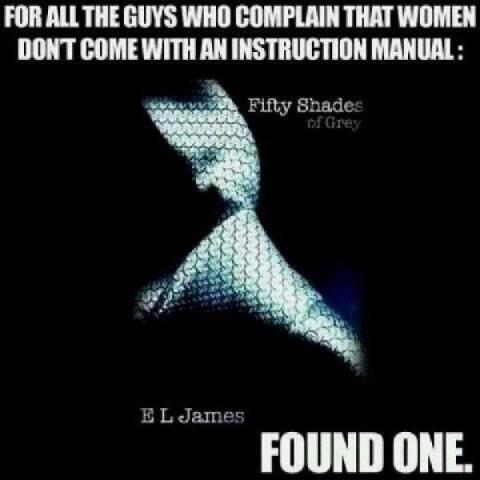 I had a discussion with my man tonight about something that has been on my mind since yesterday. Yesterday my man mentioned that he does not want me around the station at all tomorrow when the Captain is given his notice for administrative leave. This Captain is mentally unstable, he hasn’t been paying his bills, is about to lose his house, and has no one to turn to. Losing his job will be the final straw. Yes, it is his own fault, you can read this post to get some understanding, but he won’t blame himself, naturally it’ll be everyone else’s fault. He will either start crying or want to kill someone, I’m thinking he’ll start going after people and so does my man. There is some serious concern here for both our lives.

My man has a horrible habit of leaving things unlocked, small town, and now I’m trying to get him to lock his doors because this guy is that unstable. We don’t know if he has access to anything and thanks to stupid politicians that swear gun owners are the problem, neither of us can protect ourselves when at his house. For the anti-gun people out there…guns aren’t the problem, neither are LEGAL gun owners…it’s the people that have them ILLEGALLY that cause problems! Those are the ones you should be concerned about and taking away my gun just means they are more likely to start problems because they know I can’t protect myself. Can’t take a knife to a gun show!

Anyway…there is a concern for both our safety right now and tomorrow there is going to be some discussion about what to do with that. Fortunately they have till tomorrow afternoon before he comes to work, so all morning plans will be made on how to handle this, what to do, how to get him out of town and ensure he doesn’t come back around. I guess tomorrow you will get an update on how everything goes.

Now onto a slightly lighter topic…I out shot my man again today with his own weapon!  : ) First I out shot him with his own shotgun that he’s owned and hunted with for over 20 years…apparently I’m way better at hitting clay targets than he is. Tonight I out shot him again, this time with a handgun. I’m a damn good shot! If only he could shoot a bow…I’m sure I’d be able to out shoot him with that too. lol I’m quit good with my bow as well. I don’t spend as much time shooting as I used to, but I still have the hang of it.

If you haven’t noticed already, I’m a bit of a tomboy and my man says he loves it. I love camping, fishing, hunting, and anything outdoors. I have a handgun, shotguns, rifle, bow, dirtbike, wakeboard, and play all kinds of sports. I can skateboard, rollerblade, play hockey, soccer, football, soft/baseball, basketball, tennis…you name it, I do it. I can plan any instrument you hand to me. I started on the flute, went to piccolo, clarinet, bass clarinet, saxophone, tenor sax, trombone, trumpet, french horn, baritone, piano, then percussion. I played in concert band, jazz band, pep band, and winter drumline. Don’t laugh, band was more respected in my school than football was. I can work on cars and all small engines, I do all the work on mine and my brothers dirtbike. I have an xBox and enjoy that. But I also love relaxing and reading.

I’m pretty good at just about anything I do and a lot of things come very easy to me. My grandma tells me all the time how gifted I am, both in schooling and on the streets. My man tells me I have the book smarts, street smarts, and common sense…he said it’s very rare to find all that in a person, especially someone my age. : ) What can I say, I’m a talented little shit!

I noticed recently some odd searched leading people to my page. Some make sense, others not so much. If you care to read, they are below with my thoughts on the people doing the searching. Enjoy.

i love you finger art – Well, this can only lead to my post with finger art in it. I can only imagine what this person thought if they decided to read the rest of my blog.

finger art – My guess is this is the same person as above, once again I believe they came across this post and it’s not what they were looking for. Instead it was just a random photo from my random life when I was messing around with people…nothing unusual for me.

cancer pisces alike in many ways – I’m going to guess that this person was searching along the lines of my search when I came across the information I posted on this one. They probably found some information they were looking for in this one, maybe.

our24yearagegap@yahoo.com – Clearly someone was trying to see what all was linked to my e-mail address which got me curious. I found the following: contact page and some other page that I’m not sure of.

when to divorce – This had to lead the person to the following post and I hope this person found what they are looking for. It saddens me to hear about people getting a divorce, but sometime it really is for the best.

lmfao – sexy and i know it youtube ageless – This is a random search here…very interesting. This person was looking for me that’s for sure, not sure why those plus “ageless” would be put together. It had to lead them to the following post and probably another page I have removed from my account.

our24yeargap.wordpress.com – This one is pretty self explanatory, they were clearly trying to relocate my page.

love finger art – Someone really loves their finger art! I’m curious if this was all the same person or multiple people.

mimi alford or beardsley – This person was probably searching for “Once Upon a Secret” and came across my post reviewing the book. I do hope they buy it and enjoy it as much as I have. It was truly a good book!

our24yeargap – Once again this is pretty self explanatory, clearly this person was searching for me.

finger art love – And again someone is in love with their finger art! I will admit, this search has made me quit popular. I’m always impressed to see that 1 person has looked at my blog, let along 2!

this kid necer stops playing x box – I’d like to point out that this person can’t spell, but they must have come across either this blog post or this one. I’m going to take a guess here they may have been talking about my brother because he NEVER stops playing! It must be nice to be 20 (almost 21), no job, no school, and play Xbox all damn day!! Ugh!!

job come – I’m guessing this person was searching for my post directly because I’m not sure why you would search “job come” only…it’s a little creepy to think people are looking for me directly and clearly more than once.

"I believe that two people are connected at the heart, and it doesn't matter what you do, or who you are or where you live; there are no boundaries or barriers if two people are destined to be together." - Julia Roberts

Error: Twitter did not respond. Please wait a few minutes and refresh this page.